1.It is helpful to know the difference between car battery and solar battery.

While car and solar batteries are quite different, understanding the distinction between the two can help homeowners understand the details of solar batteries.All batteries have a chemical reaction, which creates an electric current used to power devices. How the electrical current is formed and stored makes much effect on the amount of electricity that the battery can produce.

Unlike regular batteries, rechargeable batteries can recharge by reversing the chemical process. By applying electricity to the battery, the chemical reaction in the battery that releases the electrical current reverses, enabling the battery to power something else.While the concept of charging and discharging a battery isn’t new, the application of it in other products, such as cars, is different than solar battery.

2.Different ways of the design that optimize the battery.

Both car batteries and deep cycle batteries are lead-acid batteries that use exactly the same chemistry for their operation (see How Batteries Work for more information). The difference is in the way that the batteries optimize their design:

2.(2)How does deep cycle battery design to work ?

People who have recreational vehicles (RVs) and boats are familiar with deep cycle batteries. These batteries are also common in golf carts and large solar power systems (the sun produces power during the day and the batteries store some of the power for use at night). If you have read the article How Emergency Power Systems Work, then you also know that an alternative to gasoline-powered generators is an inverter powered by one or more deep cycle batteries. 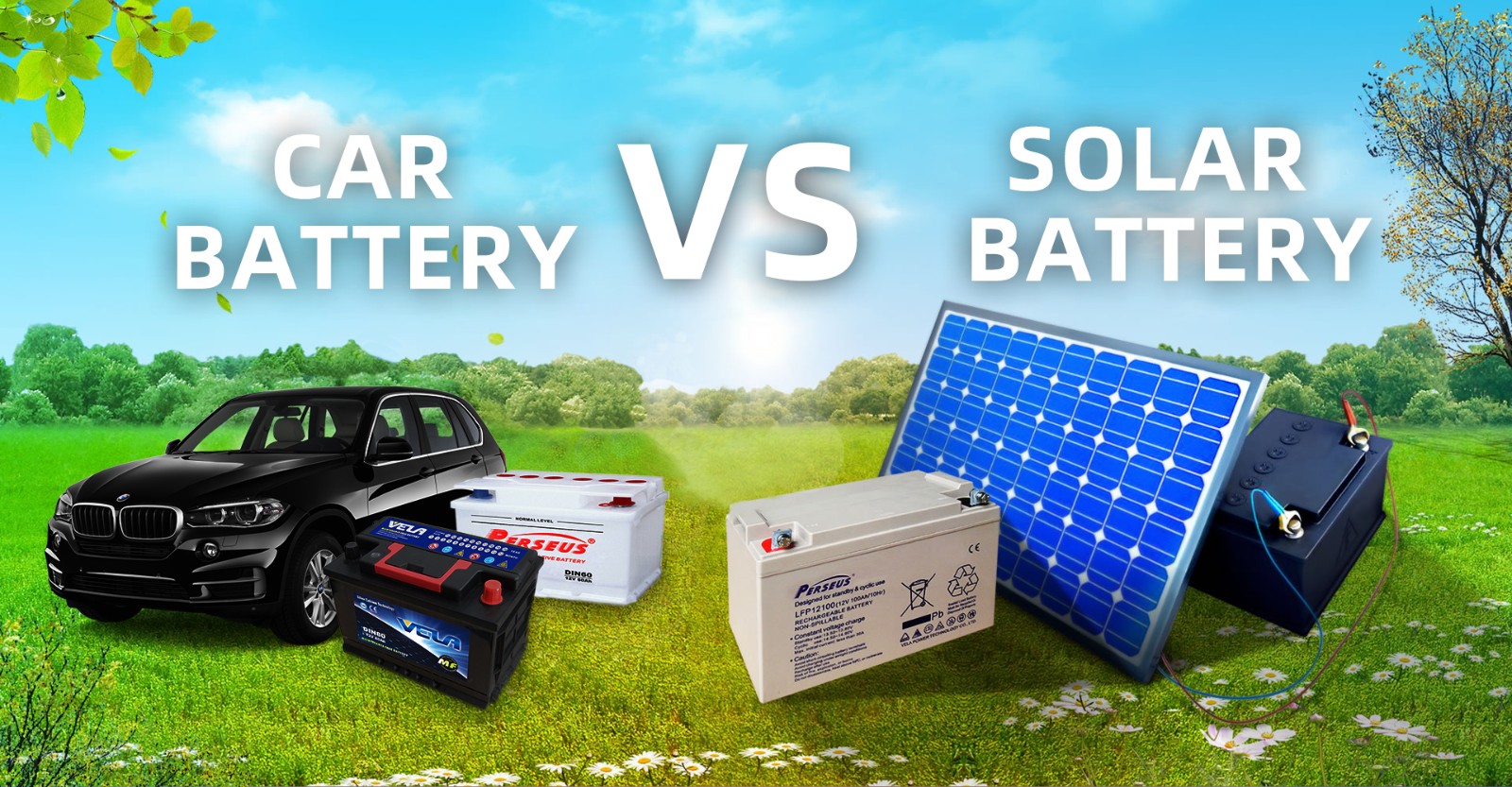 3.The different parameter between car battery and deep cycle battery.

（2）RC (Reserve Capacity) - The number of minutes that the battery can deliver 25 amps while keeping its voltage above 10.5 volts