A valve regulated lead–acid (VRLA) battery, which is a type of rechargeable battery commonly known as a sealed lead–acid (SLA) battery, or maintenance-free batteries.VRLA battery is the most popular reserve power design because the electrolyte is captive, preventing it from spilling even when the case is punctured. It was invented in the 1970s. By 1975, a large scale of production had been formed in some developed countries, and it was soon industrialized and put on the market in large numbers. Although this battery is also a lead-acid battery, it has many advantages compared with the original lead-acid battery, and it is very popular with users, especially for those who need to install battery supporting equipment together (or a workshop). , Such as UPS, telecommunications equipment, mobile communication equipment, computers, motorcycles, etc. Because VRLA batteries are fully sealed, no acid leaking, and will not release acid mist when charging and discharging like the traditional lead-acid batteries, which will corrode equipment and pollute the environment, so people call VRLA batteries in terms of structural characteristics. 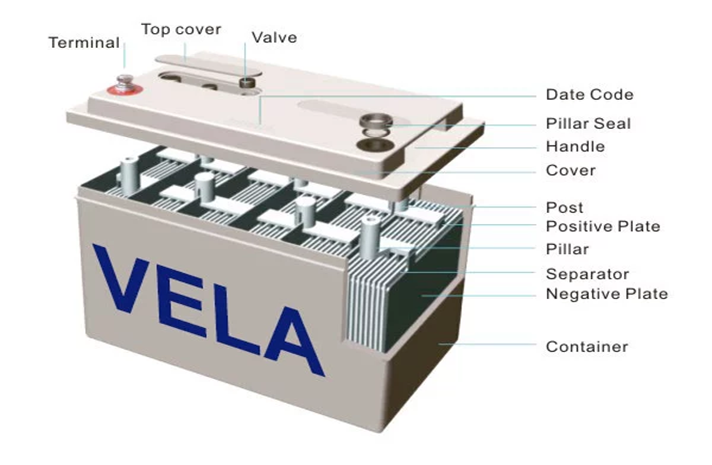 2.How do VRLA battery work?

A lead-acid battery is made of lots of lead-acid cells wired in series in a single container. Lead-acid cells have two plates of lead hung in a fluid-like electrolyte solution of sulfuric acid. While in use, the battery generates power by reducing the lead plates, turning them into lead-sulfuric-oxide.  This process is reversed once the battery is charged – meaning the lead-sulfuric-oxide is broken down turning it into pure lead and sulfuric acid. Since this reverse process is not perfect, hydrogen gas is released before it can completely mix with the water inside the battery container.  To prevent the build-up of hydrogen gas (which may cause the battery to explode), a vent is used to relieve the pressure. To avoid these problems, valve regulated lead-acid (VRLA) batteries prevent the movement of the electrolyte inside the container, trapping the hydrogen near the plates, making them readily available for re-combination as the battery is recharged. 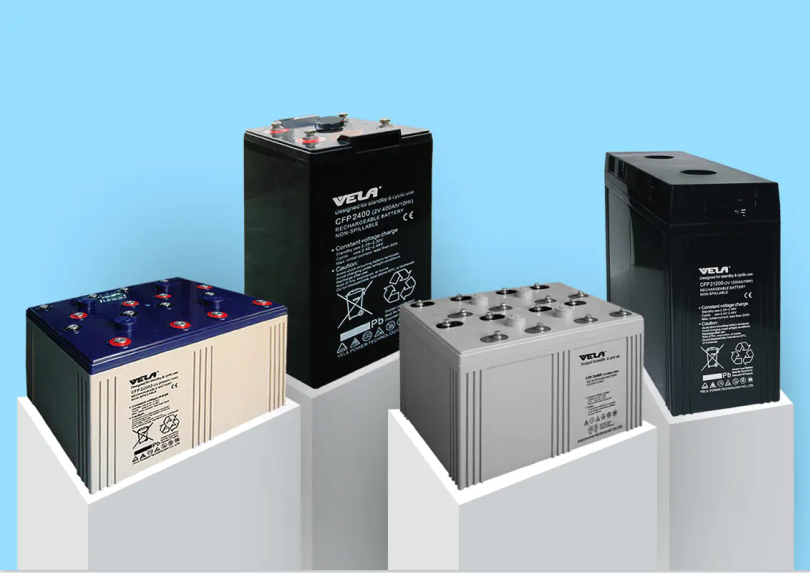 3.What are the types of VRLA battery?

There are two types of VRLA Batteries: the Gel Cell and the Absorbed Glass Mat (AGM).

Gel Cell Battery – As its name suggests, the Gel Cell Battery has an immobile jelly-like electrolyte where the sulfuric acid is mixed with fumed (pyrogenic) silica used as a thickening agent.  Absorbed Glass Mat Battery (AGM) – In this type of battery, the acid is absorbed and immobilized by very thin fibreglass mats between the plates.  This construction makes the acid readily available to the plates and allows a quick reaction between the acid and plate material.

4.The maintenance of VRLA battery is very important.

For VRLA batteries, only when the strict operation is carried out according to the manufacturer's requirements, will the life of VRLA batteries be truly close to their design life, otherwise, the life of the battery will be shorter than that of ordinary batteries.

4.1,Pay attention to the environmental temperature.