Africa’s current population is approximately 1.3 billion, 62% of which have no access to electricity, per capita energy consumption is the lowest in the world, and there is a huge gap between economically developed cities and rural areas. An IEA energy report predicts that Africa will further electrify: in 2030, the proportion of people without access to electricity will drop to 36%. However, although the proportion has decreased, the total number of people without electricity continues to increase due to the surge in population. Most African countries rely heavily on fossil fuels to generate electricity. Although the growing solar energy and other clean energy sources will compete with traditional fossil fuels, the status of fossil fuel power generation will not easily change due to the high cost of clean energy. 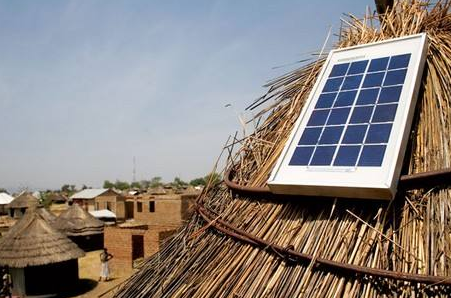 Despite the continuous expansion of power grids in Africa, 80% of power-deficient areas are located in remote areas, far away from cities, and higher cable costs. It is difficult to connect to the public grid in a short period of time. In order to achieve the goal of renewable energy (SDGs) for all citizens to have electricity in 2030, popularizing solar power generation can solve this problem.

The intensity of solar radiation in Africa is high, and the cost of solar power panels continues to decrease. In addition, in order to promote the development of renewable energy, most African governments provide subsidies to families under financial pressure and support the installation of off-grid distributed solar power panels. In the future, solar energy will play an important role in the process of promoting African people's access to electricity. At the same time, most African households without electricity have low demand for electricity, and only need to meet their daily lighting needs.

In this context, our company specially developed a home-use maintainable lead-acid battery for the African market. Compared with large-scale solar system batteries, the price is lower, more portable, mobile, and the released power is lasting and stable, and ordinary families can afford it. , Very suitable for the electricity consumption habits of African families. Won the favor of a large African customers.